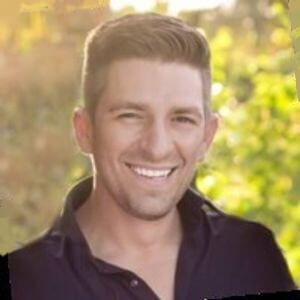 This story cannot be told as a documentary, it had to be a feature film. Let me explain…!

Here’s a short history of our humble beginnings and where we’re heading.

In 2004, I traveled with a team of scientists to eastern Turkey to film the remains of what some believe is – Noah’s ark. It’s called the Durupinar Site (see picture above – notice my crew standing on the ark object at the left). My plans were to film a short documentary of this expedition and air it on U.S. television. Once I returned and viewed the footage I realized there wasn’t much of a story and the footage looked like a home video! It wasn’t exactly a flying start. So, I soon ditched the original footage. However, I felt compelled not to give up. As vague as everything seemed, I knew God had led me to something important. I knew it definitely had something to do with Noah’s Ark, me trying to find it and everything in between. Boy – little did I know what was ahead!

I had absolutely no filming experience, all I knew was I wanted to find the Ark and I needed a camera to film it. I’ve always been bullheaded, but this vice turned out to my advantage. I studied and learned as I went. I worked on commercial projects like they were cinema material. When I didn’t work to fund my dream, I researched and planned my next expedition. This is what I did for several years. I worked, planned and traveled. I documented amazing evidence – the kind that’s never been published before. I came to some really insightful conclusions as well.

For years I thought the story was about my search for Noah’s Ark, which is why I had limited myself to thinking that the documentary genre would be the best way – or the only “right” way to show it. I was wrong.

Besides gathering evidence and the adventurous expeditions, there was a lot that was never captured on film. I never filmed the unique relationships I had with some of the people I met and traveled with. I had dreams that played a part in my search, “aha” moments when I came to the realization of something powerful and all those people, moments – both great and depressing – that I could never show because I simply never thought they were important to a documentary. I haven’t just discovered evidence about the Ark. I actually have something that will present the idea of truth in a whole different light. This story will present the Gospel in a raw and real way, if I tell it differently. It will compel and challenge people.

It took a while, but after a long period of searching, praying and brain-storming with my team and my family, who by the way have supported me throughout the entire process, we finally came to the conclusion that we had to use fictional elements to tell the story with emotion. However, when it comes to the scientific data and research it will be presented as it has been uncovered – without distortion. Fictional narrative is only being used in parts of the film that have no significance on the story of Noah’s ark or other gathered scientific information. Ultimately, this is what makes Ark Hunter so unique: It combines actual scientific research into an exciting backdrop of adventure and drama.

The story is about one man’s search for truth in a time of deception. The documentary style footage will be combined with reenactments from my childhood. We are also constructing a large set for the city that Noah lived near before the flood. With advancements in technology, we can now accomplish the building of an ark in 3d animation. There will be actors playing the parts of Noah, myself as a 7-year-old, the Watchmaker – a character inspired from an actual dream, and many others. There is a cast of over 50 actors and 900 extras. This is an epic film that has never been done before.

There has been no financial backing for the movie. It has been a “labor of love” that’s been funded from my own pockets. With God’s help, the project has no debt and is being shot in 4k resolution with the RED One cinema camera used by filmmakers in Hollywood. Help support us by keeping us in your prayers and sharing the news with your friends.

What is the movie about?

Ark Hunter is inspired by a true story. Jeremy’s childhood obsession with Noah’s Ark turns into the ultimate adventure of his life. The road is paved with predicaments and unforeseen dangers. At the same time he must also face enemies from within who seek to silence him. As he gets closer to his goal, disaster strikes and he must decide how far he will go to find the truth.